Ever thought about the foods our pioneer ancestors ate, and ancient people before them? Foods from 100+ years ago. Or long before that. Foods that have been on our earth for centuries. Compare that to the “food” we put into our bodies for decades before we woke up to the idea of eating real food. 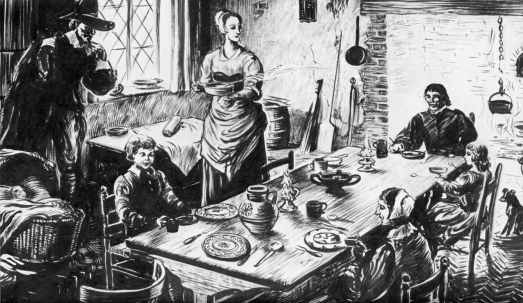 Meals in the past were most often prepared from locally produced raw ingredients and seasonal food items.

Today’s food can come from far away, be out of season and have a ridiculously long shelf life, thanks to some of these chemicals, preservatives and “fake food” products.

These additives can be horrible for our health, causing or contributing to many dis-eases, such as: 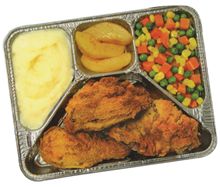 Industrialization led to processed and nationally distributed foods dominating the typical U.S. diet, starting in the late 19th century. Check out this history of how we went from the plain and simple eating style of our ancestors to today’s highly processed and preserved “food” favorites.

By contrast, our ancestors preserved foods naturally, using salt, fermentation or sun drying, as well as other methods.

I like the idea of combining some of the best features of these early American diets with the healthy cooking methods and ingredients we have at our fingertips today.

Want to go back even further in history for a meal plan?

Many of the foods mentioned in the Bible are simple, healthy foods also included in The Mediterranean Diet: olive oil, wine, fruits and nuts, vegetables and legumes, whole grains, fish, herbs.

“For the Lord your God is bringing you into a good land — a land with brooks, streams and deep springs gushing out into the valleys and hills; a land with wheat and barley, vines and fig trees, pomegranates, olive oil and honey; a land where bread will not be scarce and you will lack nothing.” – Deuteronomy 8:7-9

The focus on eating game meat, fish, vegetables, wild fruits, eggs and nuts dates way back before the U.S. pioneers and even biblical times. Those were the foods also eaten by cavemen during the paleolithic era … a diet high in animal fat and proteins and low in carbohydrates, which is now commonly known as The Paleo Diet. 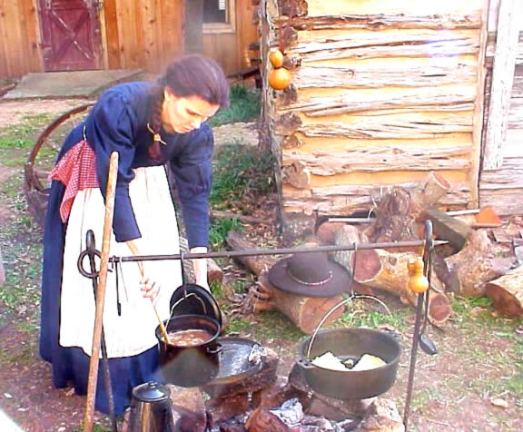 I prefer to keep some of the pioneer’s staples of grains and cornmeal in my recipes, a little more like The Mediterranean Diet. Let’s call it The Modern Pioneer Diet!!

What are some of your favorite “ancient” foods?