Let’s step back in time and see exactly how we became a society where fast, high-fat, processed food is so popular. 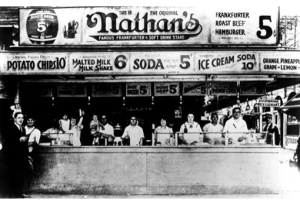 Trans fats were invented in the 1890s and entered the food supply in the 1910s. Some processed foods became available as early as the 1910s:

In the 1920s, women were growing weary of preparing foods from scratch, and ready-to-cook foods were becoming more available. World War I brought about new methods of food processing, including canned and frozen foods. Processed food ads promised to save time for housewives. Gas stoves, electric refrigerators and other kitchen tools and appliances were in more and more homes, so more types of food could be purchased and stored. Condiments opened tastebuds to new flavors, thanks to the immigrants who introduced them. 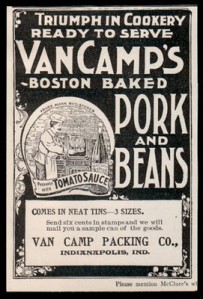 Processed foods from the 1920s:

In the 1930s, with the Great Depression looming, families had to get by with less, be super-thrifty and stretch meals … reducing protein and adding more vegetables and beans. Colonel Harland Sanders invented his secret formula, spicing the fried 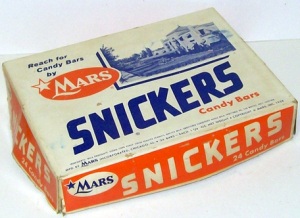 chicken at Sanders Court and Café in Kentucky (a.k.a. Kentucky Fried Chicken).

With World War II raging, the 1940s saw rationing to feed the fighting soldiers. After the war, many new “convenience foods” were introduced (dehydrated juice, instant coffee, cake mix) … the result of military research. Adding to convenience in the kitchen, Tupperware and Reynolds Wrap aluminum foil were introduced.

The first Dairy Queen and McDonald’s fast food restaurants opened, and on the opposite end of the culinary spectrum, James Beard’s first cookbook was published.

Farmers used fertilization and irrigation to increase crop yields, decreasing the vitamins and minerals in those plants. Government subsidies for corn and soy led to a food industry with a financial incentive to use high fructose corn syrup, hydrogenated oils, modified corn starches, etc. to produce lots of highly processed (and unhealthy) 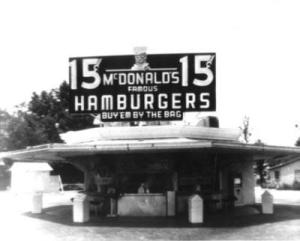 foods. The U.S. issued guidelines for adding iron, vitamin B, thiamine and riboflavin to bread and other grain products to offset nutrient deficiencies.

This decade was a low point for American cuisine. Fast food restaurants were everywhere, and processed foods were mass distributed, thanks to the new highways. The popularity of television, the invention of the remote control and the introduction of the first microwave for home use didn’t exactly add to 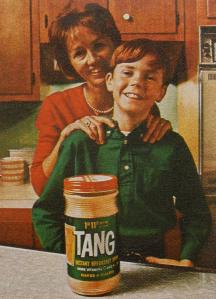 Ready-to-eat foods were all the rage, and busy housewives were oh-so-happy to save time by using quick, canned and frozen foods. The FDA’s 1958 Food Additives Amendment required manufacturers to prove the “safety” (whatever!!) of new additives.

Processed foods invented in the 1950s:

What do you think? Cancel reply